The exhibition can currently be viewed in the entrance to the Chancellor Oppenheimer Library on Upper Campus. Women of the Black Sash march to the Union Buildings in Pretoria to deliver petitions signed by over 100 000 women for the repeal of the Senate Bill to the Prime Minister's deputy, Mr Ben Schoeman, Minister of Transport. 1955.

The Black Sash is a non-violent white women's resistance organisation founded in South Africa in 1955 . The Black Sash initially campaigned against the removal of Coloured or mixed race voters from the voters' roll in the Cape Province by the National Party government. As the apartheid system began to reach into every aspect of South African life, Black Sash members demonstrated against the Pass Laws and the introduction of other apartheid legislation. 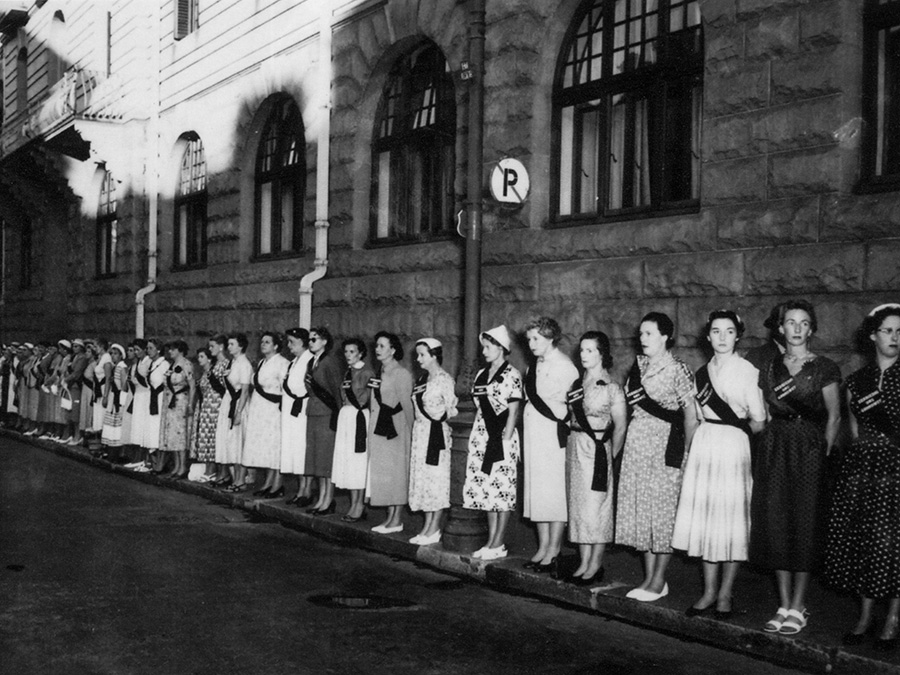 Members of Black Sash protest at the side of the road.

"used the relative safety of their privileged racial classification to speak out against the erosion of human rights in the country. Their striking black sashes were worn as a mark of mourning and to protest against the succession of unjust laws. But they were not only on the streets. Volunteers spent many hours in the national network of advice offices and in the monitoring of courts and pass offices."

UCT Libraries Special Collections is home to a wide variety of collections that document the work of the Black Sash.

Amongst these are the:

A portion of the Black Sash collections is available via our digital collections website.

Di Andrews and other Black Sash members demonstrating next to a busy road. The placards read: "Black River (Fraserdale). White Group Area. Illegal". A member of Special Branch stands in front of them taking their photograph. 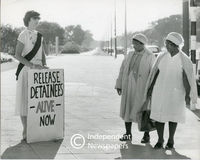